How Important Artificial Intelligence is to change the future of marketing! 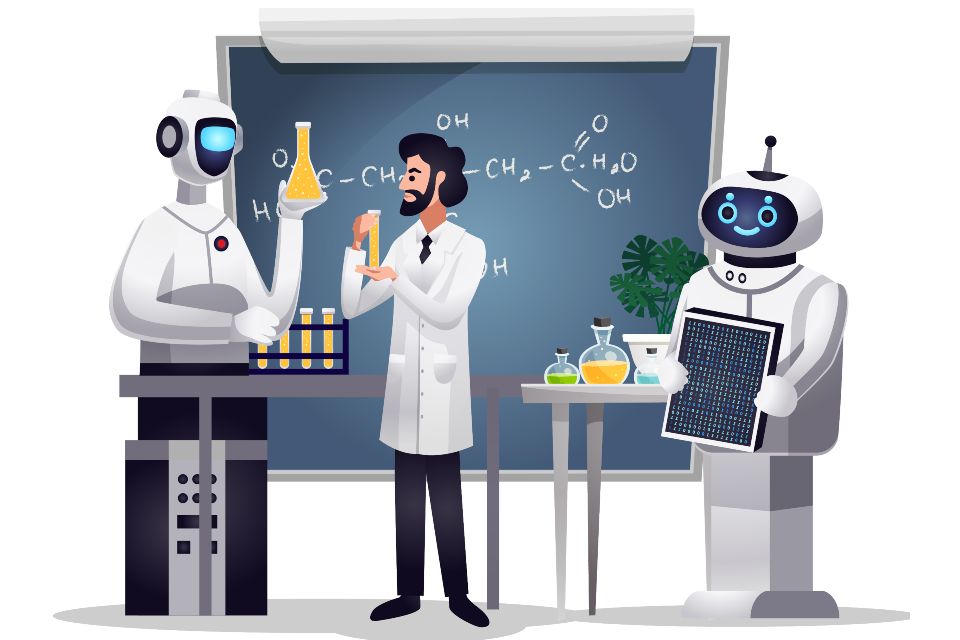 What is Artificial Intelligence (AI)?

In the 1950s, Minsky and McCarthy described artificial intelligence as a function performed by a program or a machine.

The technology is regularly impacting consumer products and making significant progress in so many healthcare and physics sectors, also applying a vital role in the diverse industries of manufacturing, finance, and retail.

We create a lot of data using computers every day. Computers are always very useful in all sectors. However, this year, 2019-2020 has been an unimaginable success in the data sector due to AI technology.

What can general AI do? a

Artificial intelligence is a bit different. AI technology plays an active role in adapting human behaviors, such as intelligence, how differently this intelligence can work, create various spreadsheets, and even acquire the unique qualities of reasoning skills.

Researcher Vincent C Mueller and philosopher Nick Bostrom conducted a study in 2012/2013. The study was conducted in a group of four experts. A study says that Artificial General Intelligence (AGI) will be developed between 2040 and 2000, which will increase to 90 percent by 2055. According to the research, the change that was expected to occur almost 30 years after the acquisition of AGI has been achieved within 2020, only because of AI technology.

In that study, they said, and all experts believe that such an idea is wildly optimistic because of our limited knowledge of learning /understanding about the human brain. Also, they believe AGI is still many centuries away.

It is clear that in the days to come after the Covid-19 epidemic, the competition for FourIR technology will be the first step in the race to influence the world’s  economy and politics. The role of the United States in advancing artificial intelligence in terms of quality is much more significant. In fact, at the top of all. But China has almost touched him. Besides, some other countries, including Russia, are also in a strong position.

China has already invested 30 trillion in chip and electric car production. They have already adopted a national innovation strategy called ”Made in China 2025,” Through their activities, they have succeeded in building substantial technology companies like Baidu, Alibaba, and Tencent.

China has a huge role to play in the development of artificial intelligence or AI. He still has a long way to go before he can overtake the United States in this area. China is still lagging far behind in three sizes: hardware, research, and trade, the study said.

In addition to the United States and China, countries in Europe and Asia are now leaning towards Fourier innovation. The UK has provided adequate funding to strengthen its universities’ artificial intelligence sector and other government institutions. As a result, they have taken place in the top four countries. Similarly, many Asian countries are increasing their use of AI and robot technology.

The use of robots in various factories in South Korea has multiplied. For an average of 10,000 workers, 64 robots can produce the same amount of products. Japan is already at the top in terms of car manufacturing. They have now brought artificial intelligence in the industry to such a level that soon, there will be no need for direct human presence in car manufacturing factories.

Although the Covid-19 epidemic has caused a lot of damage, it has played a massive role in expanding digitalization. The use of Fourier technology has increased in various areas, including tracking the location of Covid-19 patients, identifying patients, conducting physical examinations, predicting epidemics, doing office work at home, and continuing e-commerce.

Why can AI be harmful?

Almost all researchers would agree that a super-intelligent AI is unlikely to show feelings like humans, love, or hate. AI cannot be charitable or poor by itself. It is safe to assume that AI can be risky. In the past, many mechanical discoveries have been harmful, which were detrimental to human welfare. From this point of view, experts are considering two main situations:

Thinking about advanced AI is not inferiority; it is merit. A super-intelligent AI would be very good at achieving its goals. If the plans don’t match us, that that’s a problem for us. The primary purpose of AI safety research is to prevent anyone from harming humans.